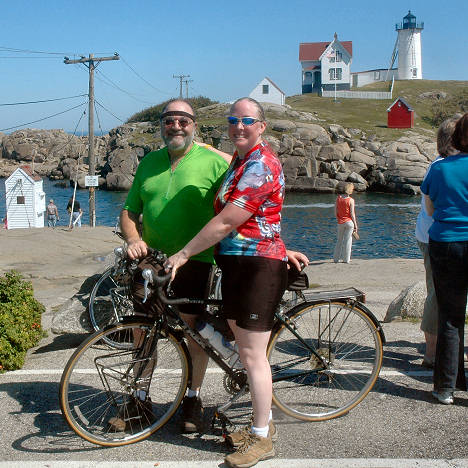 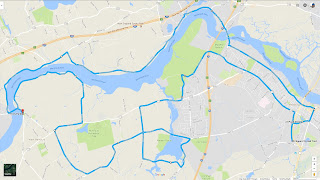 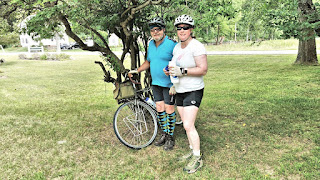 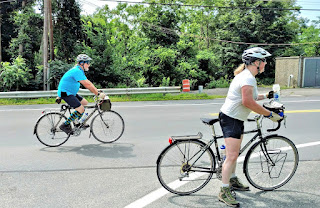 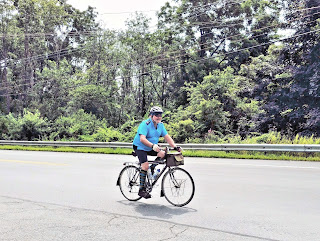 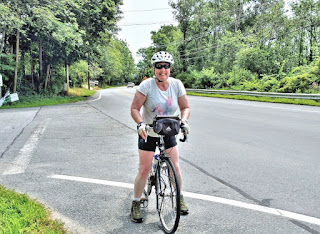 Today I rode our Hooker Farm Road loop, complete, including the North Street hill, a bit more challenging than the last ride. I've done a few shorter rides in between, pushing myself a little harder, and challenging my legs and cardiovascular system. Today I felt good and strong for the first half of the ride, but had to back off a bit on the steeper gradients and the North Street hill.  That hill is fairly long with some steep gradients which, mercifully, present as short steps up the hill. I felt pretty good overall, and didn't suffer much of the discomfort of earlier rides. Ready to take on some bigger distances. ~ Tony

Today we had a nice ride on our Hooker Farm Road loop - Easy, returning via Broadway. It's a little longer and a tad hillier than our last ride, but pretty easy anyway. After our last ride I raised my handlebars to give myself more breathing room. I did the ride again, and it seemed to help. Today I was fairly comfortable for about 2/3 of the ride, but started to feel sore, needing to shift positions frequently toward the end. Our ride was nearly ten miles with almost 400 feet of elevation gain, about one fifth of what we're going to be doing daily at BikeMaine Pathway to the Peaks in September, but it's still early July, so I'm not too worried. I did feel better today overall, and I'm losing weight, so there will be less to lug up the hills in Maine. Judy's doing great, and she's very patient with me on the hills.

For a number of reasons we are getting a late start on our 2017 bicycling season. We cleaned, checked, and lubricated the bikes, pumped up the tires, and set off for a short local ride. The bikes performed perfectly, and Judy did very well. My legs felt good, but my shoulders and arms ached, and my heart and lungs were on strike, a concern, because we are signed up for the BikeMaine Pathway to the Peaks tour in September, a week long tour of 355 miles, averaging 55 miles a day, with 16,432 feet of elevation gain! We have some work to do!

Posted by Snoupi at 8:44 PM No comments: